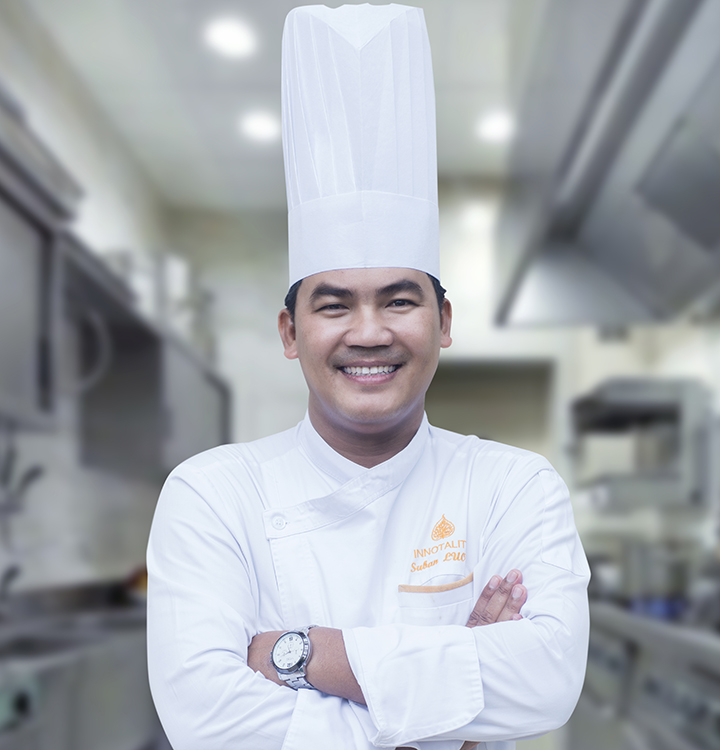 WHO IS LUON SUBAN

With an extensive hand-on experience over 15 years in the culinary industry, Luon Suban has stepped into the role of Executive Chef at one of the leading 5-star hotels in Siem Reap – Borei Angkor Resort & Spa and The Privilege Floor by BOREI ANGKOR. His knack for cooking incorporating great passion for cuisine has brought him through a long journey to where he is standing today.

Chef Suban first started his culinary apprenticeship in the early 2001 and went on to become Commis Chef at Raffles Hotel Le Royal in Phnom Penh. After 2 years, Suban was qualified to be appointed as Chef de Partie and was later promoted to Sous Chef at the hotel. In 2014, Suban worked as Head Chef at Lotus Blanc Hotel & Resort in Siem Reap, where he had spent another 3 years enhancing his development in professional culinary arts before taking up the position of Executive Chef at Borei Angkor Resort & Spa.

This career journey had taken Suban to diverse foreign countries. He used to work at some of the leading hotels overseas namely Raffles Canouan Island in St. Vincent & Grenadines, Le Royal Monceau Raffles in France, and even Raffles Beijing Hotel in China. The provided opportunities had well equipped the young culinary chef with a wealth of international experience within food industry. Through his traveling, Chef Suban had also experienced in crafting distinctive foreign dishes of Singaporean, Indonesian, Malaysian, Chinese, Belgian, French, Indian and so on. It was an excellent opportunity for him to further enhance his development in knowledge, skill, competence, and effectiveness within the profession....

Chef Luon Suban had also advanced his culinary arts through direct engagement in professional catering teams planning and preparing menus and meals for high-profile personalities. He had cooked for professional footballers namely Pelé and David Beckham during his time in Beijing. What’s more, he had also been in a professional catering team serving the Cambodian Prime Minister and the former U.S President Barack Obama. Suban personally asserted that the experience was a complete life changing for him. “Creating and implementing those unique and impressive personal menus certainly took my culinary experience to a whole new level” says Chef Suban reminiscing about his past experience at ASEAN Summit 2012 which was held in Phnom Penh, Cambodia.

Suban has been under the tutelage of no less than 12 innovative chefs across the continents to have perfected his art of culinary today. He takes particular pleasure in developing innovative menus and implementing them in alignment with his culinary expertise. Each signature fusion dish reflects a distinguished blend of his creativity with unique local recipes deeply inspired from his personal experience in direct exposure to the art of cooking of Khmer native villagers. With his great passion for food, Suban is fully committed to put all his creative flair to produce exquisite fusion cuisines combining Khmer traditional taste with a delicate touch of Western. “Each dish on the table is not just about appearance and taste, its history and origin are all worth a story telling” emphasizes Chef Suban. “I always strive to provide every guest with the ultimate experience from the time an order is taken until the last bite is savored” further claims Chef Suban.

Luon Suban is viewed as not only an aspiring Cambodian chef but also a successful Asian culinary leader and a great teacher as he constantly inspires his culinary team to develop a genuine love for a state-of-the-art cooking with real enthusiasm and true passion. 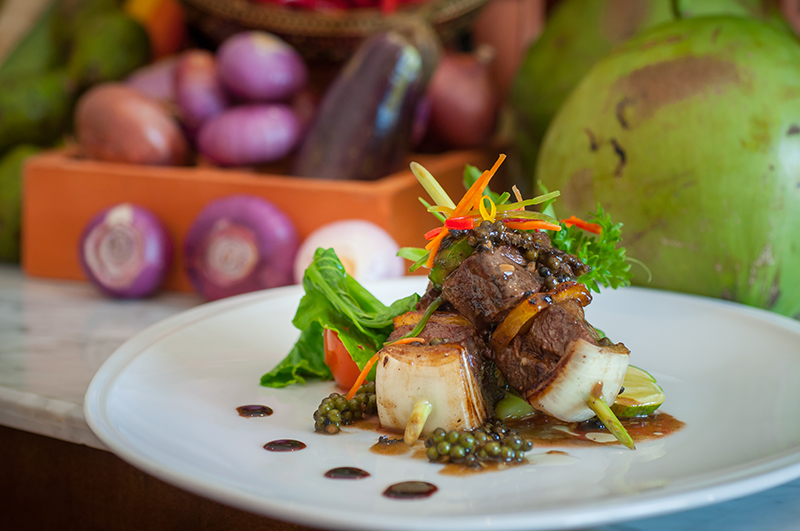 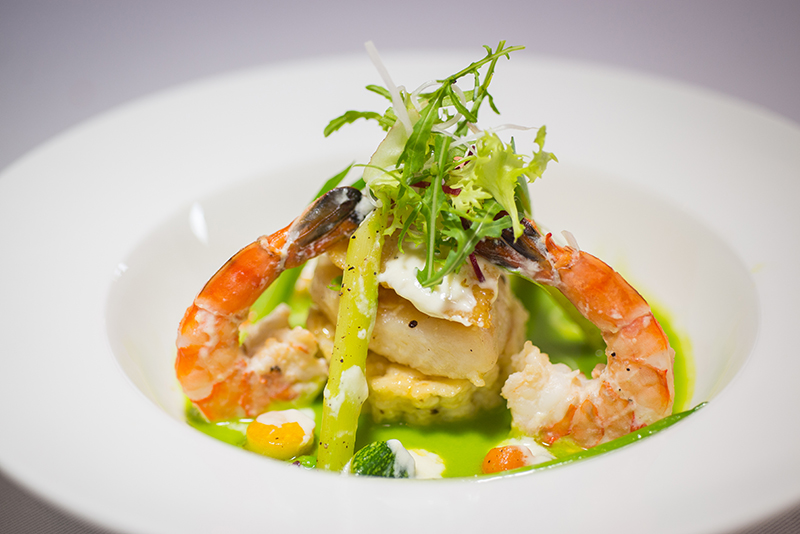 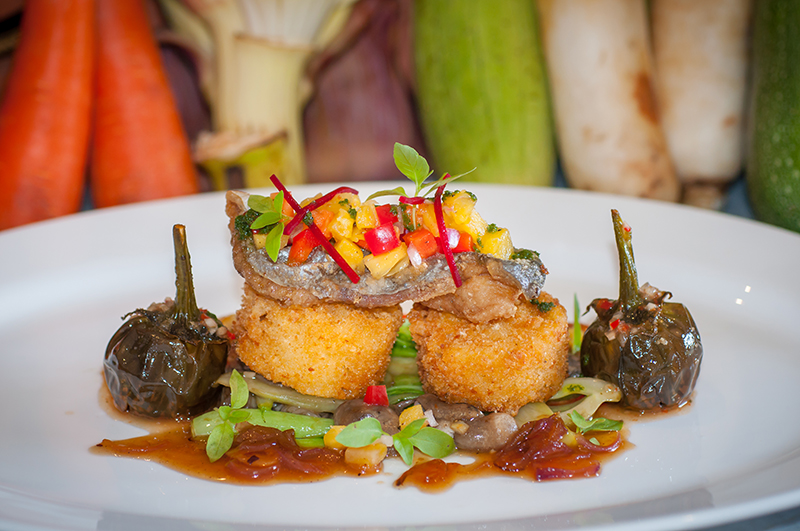 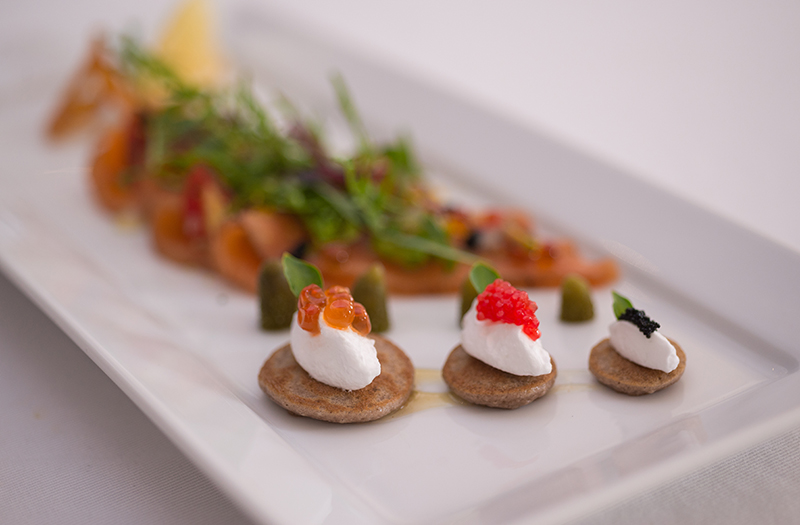 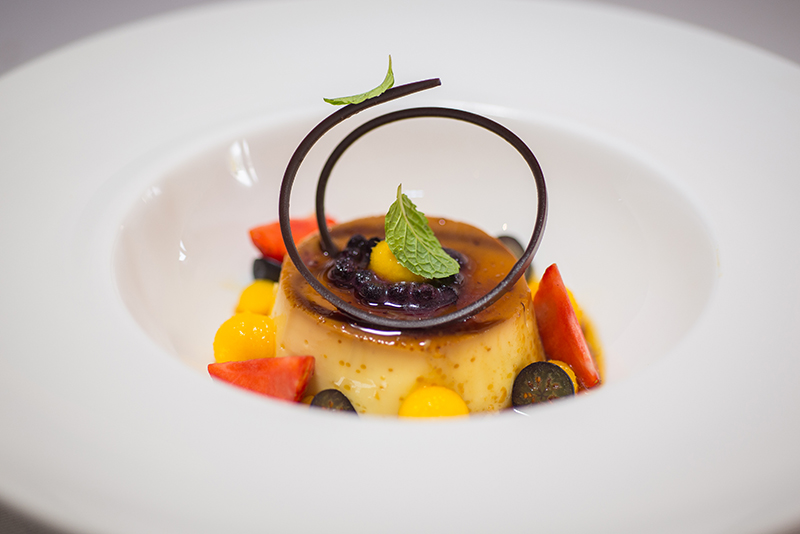 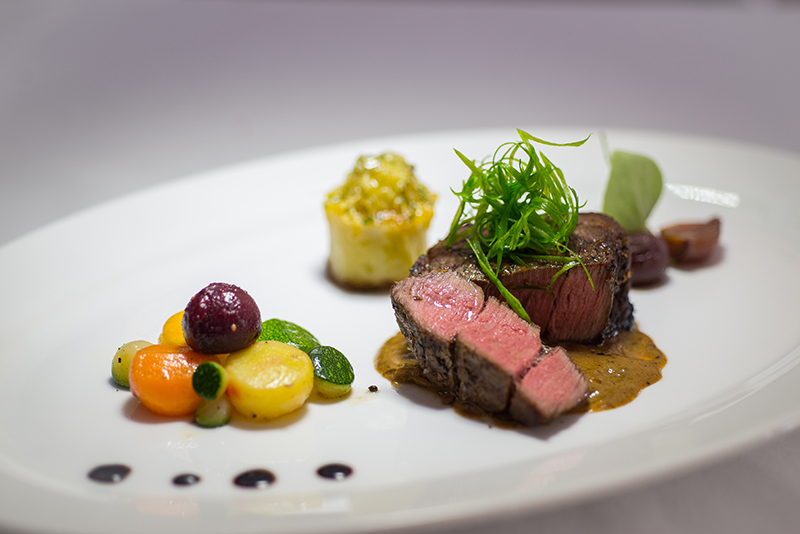