Pchum Ben, also known as Ancestors’ Day, has been an integral part of Cambodian calendar and is considered as an important religious holiday for all Buddhist followers in Cambodia. The ceremony is customarily held for 15 days starting from the first until the fifteenth of Khmer month ‘Putrobot’ (between September and October in Western calendar). The first fourteen days are called ‘Kan Ben’ or ‘Dak Ben’ while the fifteenth or last day is known as ‘Ben Thom’. 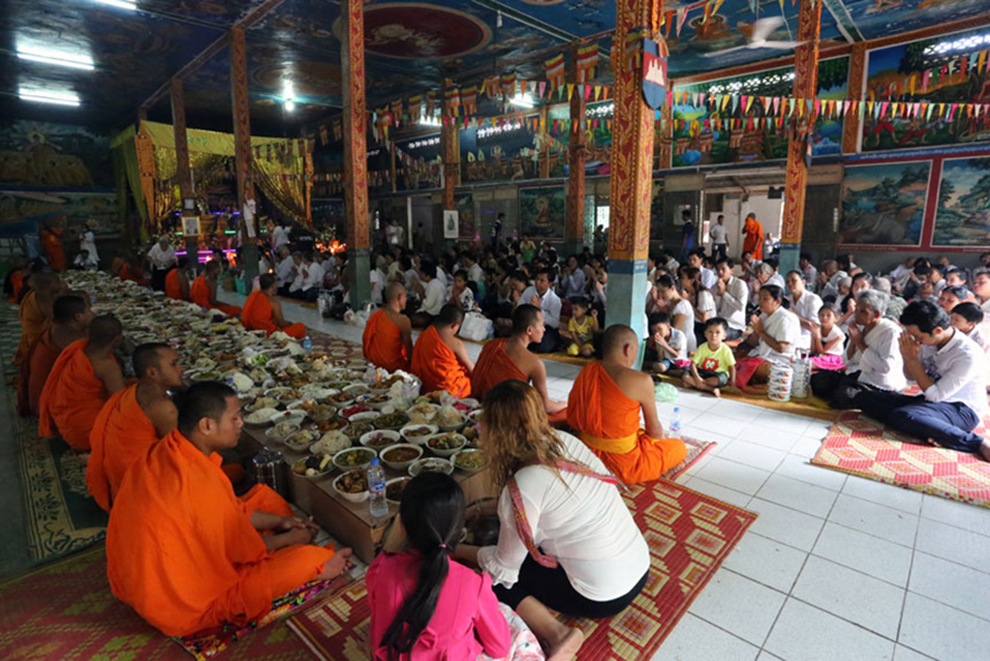 Pchum Ben is a time of the year when Cambodians commemorate their deceased ancestors stretching back seven generations. Based on Khmer belief, people are reincarnated at death, yet those with bad karma are unable to be reincarnated but trapped in the spirit world. During Pchum Ben, these souls are believed to be released from the spirit world and roam the earth searching for food, which is why Cambodians take this time to bring offerings to the pagodas because they do not want the spirits of their dead relatives to seek offerings in vain. Pagodas are usually crowded with people taking their turn to hand over food offerings to Buddhist monks, who help pass them onto their deceased relatives. Other than food, offerings of money, flowers, clothes, and other basic necessities for daily life are also common. With those offerings, it is believed that the spirits will bless their living relatives with happiness in return.

According to religious belief, beings are reborn as hungry ghosts because of their greed, envy and jealousy. Another ritual way to feed starvation of these ghosts is by offering ‘Bay Ben – sticky rice balls’. At dawn Cambodians usually gather and practice the ritual of offering Bay Ben on altars and around temple grounds for the hungry ghosts as it is believed that ghosts with serious sins are not able to receive food during the day. 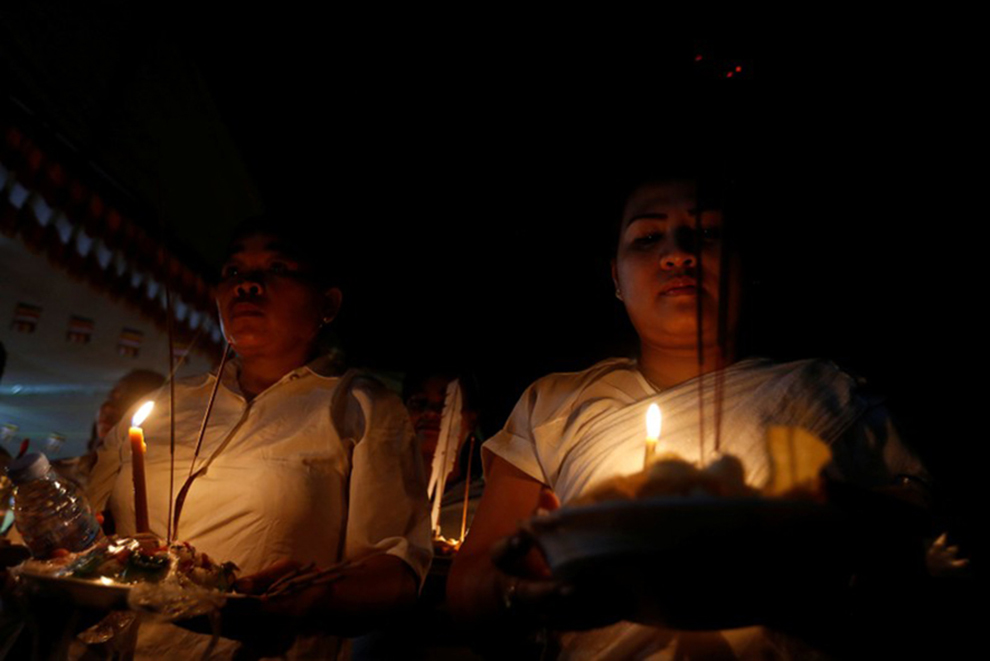 To honor this tradition, the rituals of Pchum Ben have been practiced from one generation to the next. Cambodians are entitled to have days off during this religious holiday which they normally leave for hometown to celebrate the festival with their family members. For the foreign friends who are interested in religious life in Cambodia, this is a good opportunity to respectfully observe simply through local pagodas visit. If you wish to do that, please also remember to dress courteously with shoulders and legs covered. You may also expect to see the crowd in their typical white shirts, men in pants whereas women in their long skirts. 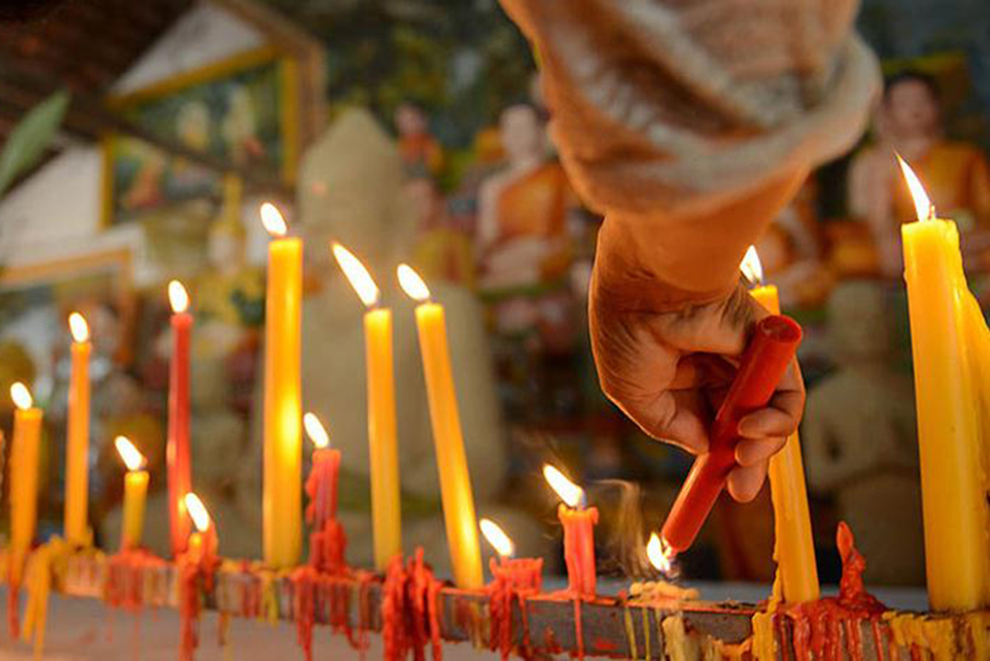